The e-mail address field is required.
Back Confirm e-mail

Please, check if data are correct, especially the email address, since you will receive a confirmation email at the given email account.
E-mail:
Username:
Password:
Notification:
Namely, often do the following problems occur:
Back Next 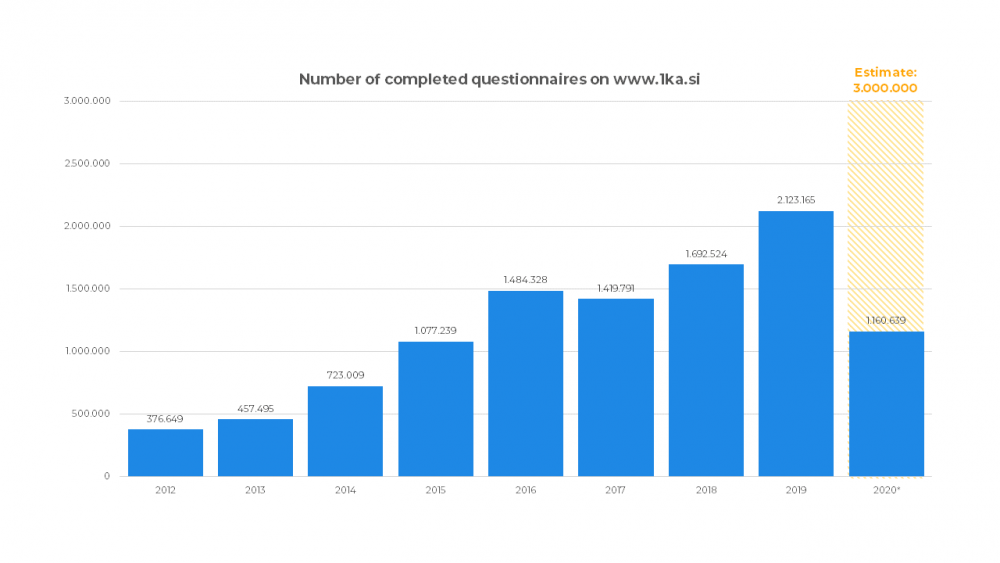 Also, the total number of users on www.1ka.si has been increasing steadily over the years. Compared to 2012, there are fourteen times more users this year, a total of 74,571, and by the end of the year, the number of users is estimated at 90,000. 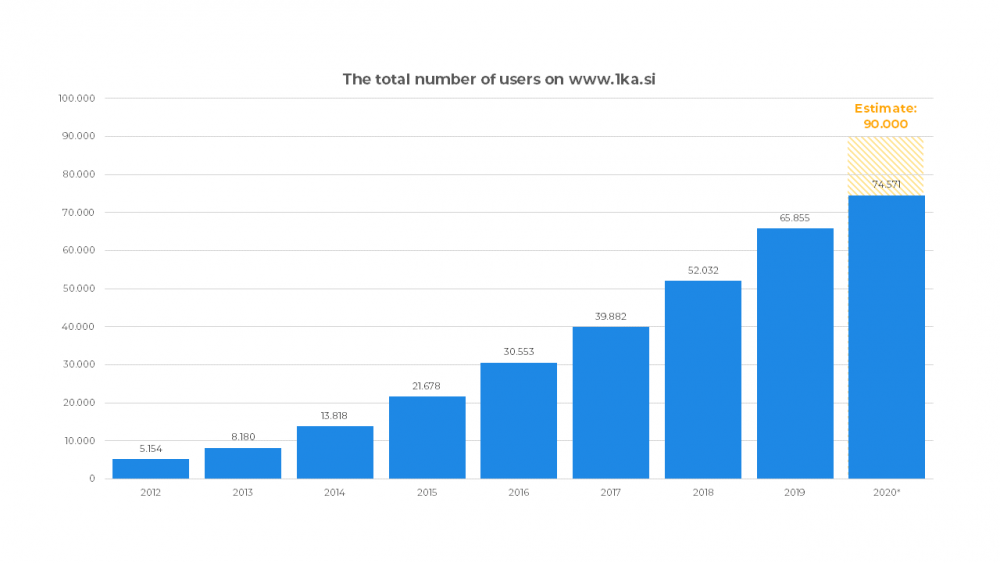 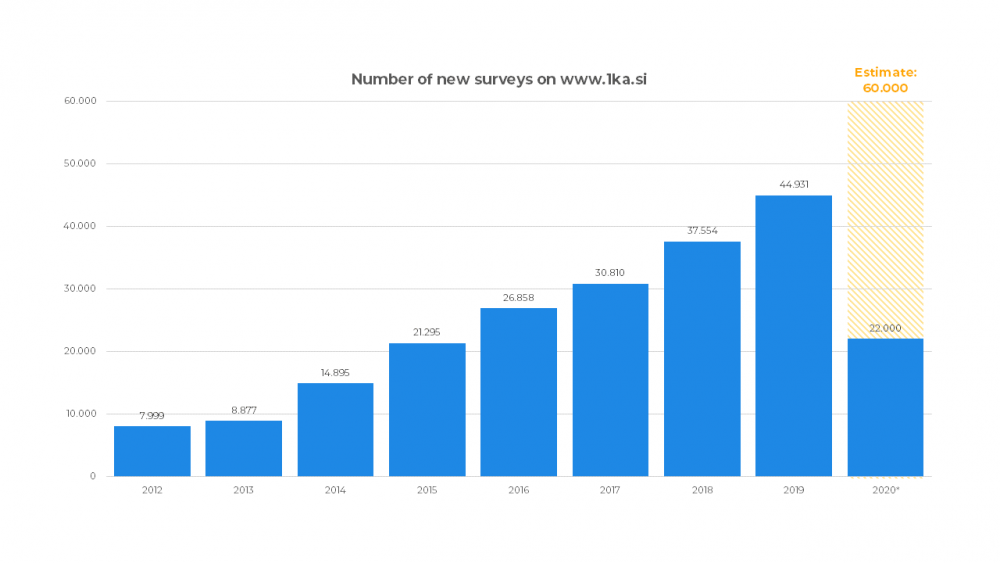 1KA is free to use for basic users