You need to be logged in to continue purchasing.

Gmail
Please enter your email address with which you are logged in and we will send you a password recovery link.

All fields are required.

The 1KA application can be installed on the 1KA server or on the user's server.

There is also more information on all possible ways of using 1KA.

Please, check if data are correct, especially the email address, since you will receive a confirmation email at the given email account.

1KA service can be used free of charge at 1KA.si domain. Only registration is required (new users) or login (registered users).

For initial start with 1KA, there is an information available for beginners and for advanced users.

At a time when many are working from home due to the coronavirus epidemic, teachers' work and education for pupils and students are also taking place at home, we have seen a significant increase in activity on 1KA. Compared to March last year, activity on the main domain www.1ka.si has almost doubled. In March 2020 (1st Quarantine Month), the total number of newly registered users was 3,815, and the average number of new users per day was 123, almost double the number of the same month last year. Similarly, the number of new surveys (more than 11,000) nearly doubled compared to March last year. In March this year, 479,971 questionnaires were completed, which is almost twice as many as last year (262,710). 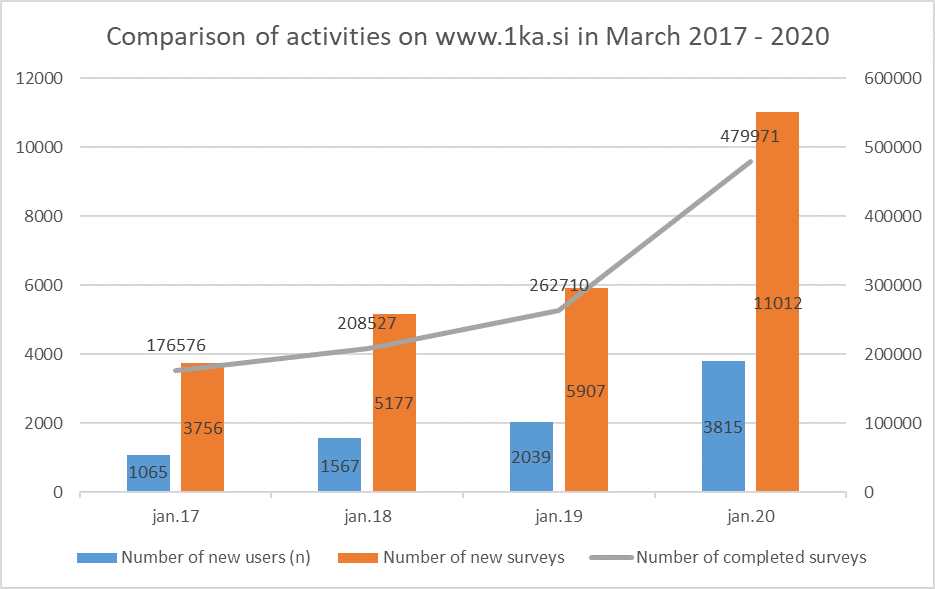 From the graph below, we can also see that from March 16, 2020 - the first Monday of quarantine - the number of new users, new surveys and completed questionnaires started to increase on 1KA. In the second part of March, there were more than twice the number of newly registered users, new surveys and completed surveys compared to the first part (by March 15). 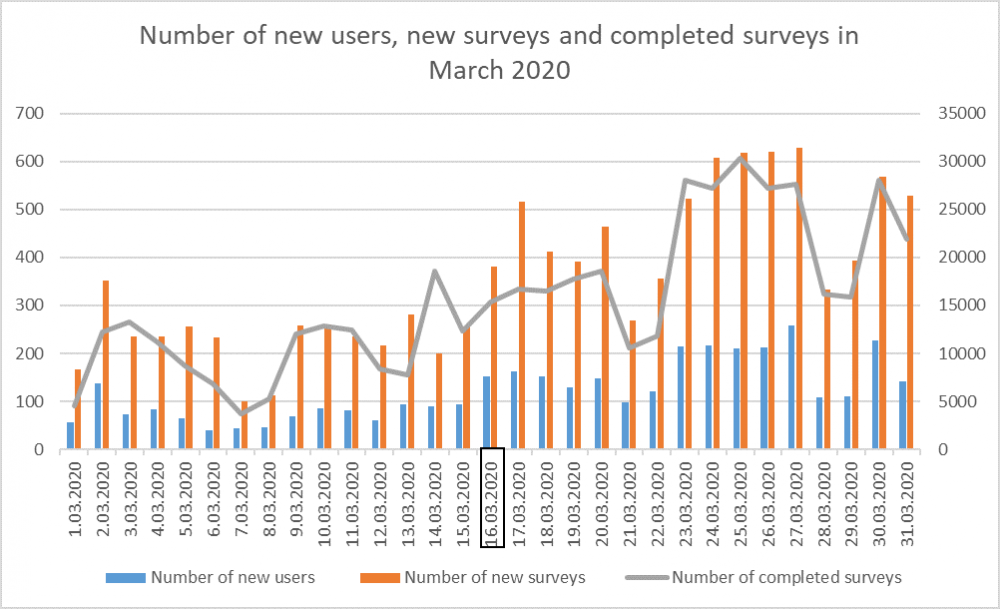 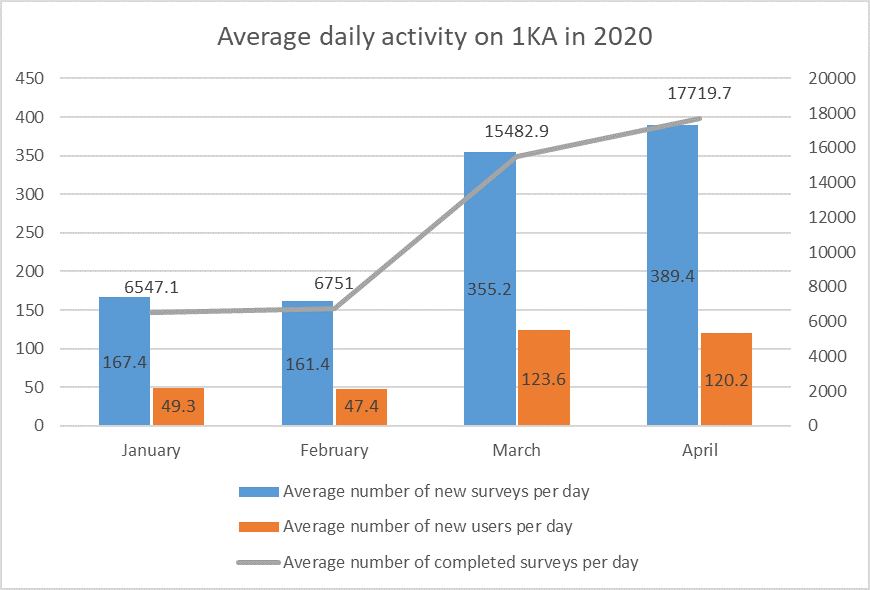